The True Meaning of Independence

An Independence Day Message From Your Atlanta Professional Organizer 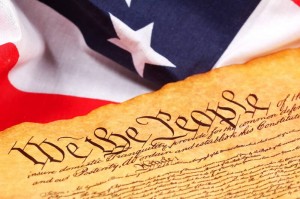 This 4th of July marks the 238th anniversary of the United States’ Declaration of Independence from Great Britain in 1776. It was celebrated by parades, games, sport, and bonfires with family and friends.  In a sense, not much has changed as the 4th is very much an American holiday where we celebrate with parades and waving flags, barbeque and fireworks.

These words of the Declaration of Independence still ring as true today as they did in 1776.

We hold these truths to be self-evident, that all men are created equal, that they are endowed by their Creator with certain unalienable Rights, that among these are Life, Liberty and the Pursuit of Happiness – That to secure these rights, Governments are instituted among Men, deriving their just powers from the consent of the governed, –That whenever any Form of Government becomes destructive of these ends, it is the Right of the People to alter or to abolish it, and to institute new Government, laying its foundation on such principles and organizing its powers in such form, as to them shall seem most likely to affect their Safety and Happiness.

Reading this, I’m reminded of what Edmund Burke said long ago …

“All that is necessary for the triumph of evil is that good men do nothing.”

It’s a God-given desire among people everywhere to be independent and free from unjust tyranny and control by others. Much of history is the struggle between good and evil and that will never change here on planet earth. The outcome of whether good or evil prevails is when good men are willing to stand firm for what they know to be right.

On this Independence Day, let us never forget what our forefathers and countless Americans have sacrificed and died for in the fight for freedom in this great land and abroad.

What Our Clients Say

I am a business owner and have many demands placed on my time so decided to use Real Order for my move. Terri and Jimmy Stephens met with us beforehand and did a good job explaining the scope of their services. Their team saved us a great deal of time by assisting us with sorting, purging, packing, unpacking and organizing. This was the first time that my family has ever been able to immediately enjoy living in our new home after a move.  It gives me great peace of mind having everything organized and in its place. Having their professional help made this possible and much less painful for us. I would highly recommend Real Order!